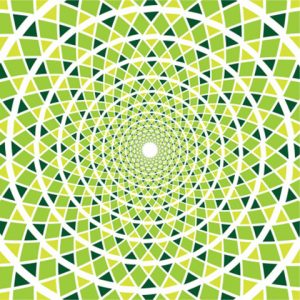 Hypnosis is something we all do every day and is not mysterious.

Whenever, you gaze into space or simply get ‘lost’ for a moment you are in a hypnotic state.

In this state you can transform yourself for good.

Being in a relaxed and contemplative mood allows our imagination to take over and plant new visions of our future.

Most people think of hypnosis as something powerful and scary. Something that can take away their control – of their mind and therefore their self.

This is mainly due to a complete misunderstanding of what true hypnosis is and often is a result of media exposure which tends to highlight sensational extreme examples of hypnosis and encourage ignorance so as to captivate its audience.

Nothing could be further from the truth.

Hypnosis is merely a relaxed state and one which we all enter into on a regular basis many times a day – without even realizing it.

Whenever we enter into our imagination as when day dreaming or simply relaxing and letting our thoughts wander we are really in a light hypnotic or trance like state.

What is powerful about this state is that it seems whilst in this relaxed condition it is possible to gain access to the subconscious mind – through the imagination.

Suggestions to imagine new ways of thinking and being can by-pass the filter of our conscious mind and enter into our subconscious mind – bringing about the desired rapid growth and change.

In this hypnotic state it appears that the mind cannot tell the difference between what is imagined and what is real.

But what IS imagined CAN quickly become real.

Especially when the person already knows that their existing thought patterns and ideas about the world are simply not working for them and that they desperately need to re-align their thoughts, actions and behavior compass.

In effect sometimes when our conscious mind is trying to protect our beliefs systems – it actually hinders our progress and blocks what would otherwise be positive and productive change.

By by-passing our conscious filter we can go directly to the subconscious mind – allowing us to maximise our full true potential and enabling us to release old thought patterns that are blocking our progress to a required goal.

It is a wonderful and incredible tool for bringing about changes that for whatever reason our conscious minds are blocking us from achieving.

Ancient Egyptian Sleep Chambers Used To Heal
Although, the history of hypnosis can be traced back 2500 years to ancient China, Egypt and Greece it was not then known as hypnosis.

The term hypnosis was first used in 1843, by James Braid, a Scottish surgeon, who mistakenly called it “hypnosis” from Hypnos, the Greek god of sleep.

As far back as Egyptian times the physician Asklepios created sleep healing temples called Abaton’s where people would recline on stone bench’s called a klini – which is the origin of our word “clinic”.

Practitioners such as the Persian physician Avicenna around 1000 A.D., the Swiss physician Paracelsus in the 16th century and others, practised what was essentially hypnosis in all but name.

However, it was not until Franz Anton Mesmer, an Austrian physician that modern hypnotism was born. Although, he called it “animal magnetism” and used magnets to heal people, it was essentially modern hypnotism as we know it and created very similar results.

Emile Cou, a French pharmacist wrote the book -Self Mastery Through Conscious Autosuggestion in 1920 and gave his patients positive affirmations or statements to say on a daily basis – the most famous one being “Every day in every way, I am getting better and better.

Then, in 1933 the psychologist Clark Hull published Hypnosis & Suggestibility, the first rigorous examination of hypnosis and determined that hypnosis was not in fact sleep but trance (a sleep like state) that could reduce pain through suggestion and motivation.

For the first time using Hull’s work to train doctors, wounded soldiers were treated successfully for pain in situations where morphine was not available.

The American Society of Clinical Hypnosis is now the organization that provides professional certification in clinical hypnosis.

Modern Experiments Showing Brain Activity Under Hypnosis
Recent studies have allowed us greater ‘insight’ into what is happening inside the brain when someone is hypnotized.

What has been found is that the brain cannot tell the difference between what is real and what is only imagined.

The brain responds as if the event is actually happening:

Color studies done with people in a hypnotic trance and suggested that they where only looking at black and white grey scales, when in fact they were viewing full color scales, showed a reduction in that part of the brain that manages color and a corresponding increase in those parts that manage monochrome – giving much credibility to the powers of hypnosis and suggestion.

Many other studies have demonstrated that thoughts will cause physical changes in the brain.

We are indeed what we think!

We change based on what we tell our brains. What we tell the subconscious mind so that the physical brain reacts accordingly.

With hypnosis, we use the power of our minds to physically influence our brains for healing and enhancement.

The therapeutic effects of hypnosis do not come from the trance itself but from the specific suggestions and images imagined.

Rehearsing new ways of thinking and feeling, help lay the groundwork for real change in future thoughts and actions.

When you realize that hypnosis is a mental state wherein suggestions are more readily accepted and adopted you begin to see the possibilities of hypnosis being applied to a wide range of problems and personal issues.

This heightened suggestibility and focus accompanied by a sense of tranquility allows the subconscious mind to be re-programmed by accepting suggestions to imagine different scenarios which are beneficial to the person.

Although hypnosis cannot change reality it can change our perception of reality.

If our perception of reality has been flawed then hypnosis through suggestion can allow us to see things for what they really are and in effect this DOES CHANGE our reality.

For example it maybe impossible to physically change an athletes performance but if mental blocks are holding the person back from full performance then hypnosis can be used to unleash the athletes full potential.

Similarly if a person suffers from addiction or other mental problems and feels powerless over them, then hypnosis can be used to gain access to the subconscious mind and release those false beliefs, thereby empowering them once again.

For instance, if a person suffers from premature hair loss and this is a completely genetic problem, then really nothing can be done, but if the reason for the hair loss is because the person is always worrying and suffers from not being able to relax, then hypnosis could be used to stop even hair loss.

It all depends on the root causes and if with any issue or problem the root cause is psychological then hypnosis maybe have a part to play.

It is this together with targeted suggestions that the professional hypnotherapist is trained to illicit from the patient.

Being able to determine what the root cause is, is almost as important as what suggestions to use.

Only by knowing the root cause can the hypnotherapist determine whether hypnosis is a likely treatment but also what suggestions to use in treating those underlying issues.