From Drop Out To Millionaire

Selling Software Before It is Written 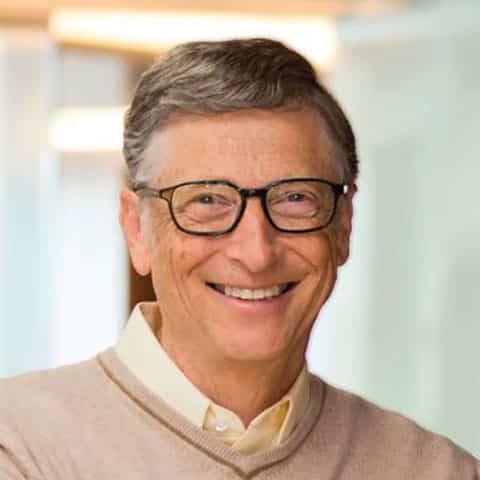 The Mindset of Bill Gates

When you hear the name Bill Gates, which words immediately comes to mind? For me, it’s Microsoft, billionaire, innovative, influential, just to name a few. Not a bad way to be remembered right?

Bill Gates had a vision that would completely revolutionize the computer industry and have a profound effect on the world. Millions of people have had dreams of doing great things in life, but unlike Bill, their dreams just remained dreams.

What makes Bill Gates different from the rest of us? It’s simple. His mindset.

Competitiveness
From an early age, Bill already had a competitive mindset that would guarantee success in whatever path he took in life. For one, he was ultra competitive even as a child. He loved playing board games, but took winning a lot more serious than the average child.

In high school, he met Paul Allen and the two would later go on to form Microsoft. However, in the early stages of their relationship, Bill and Paul would constantly compete with one another on who had the better ideas. These competitive back and forth debates would always lead to heated arguments. You had two genius minds competing with one another which ultimately brought out the best in each other. Once the two formed Microsoft, Bill was notorious for challenging his employees ideas and even belittling them if he didn’t like what they came up with. He wanted his employees to compete and match his competitive fire, and many times they failed according to Bill’s own standards.

Passion
Bill had a passion for computers from the moment he was introduced to them as an adolescent. While in high school, Bill would spend his free time in the computer lab writing new computer programs. Most kids his age had other things on their minds, but not Bill.

He was accepted into Harvard where he would study criminal law, but ended up spending the majority of his time working on personal projects in the computer lab. Studying criminal law became a secondary priority to him.

While in college he was faced with a life altering decision of either staying in college or dropping out to pursue his passion. How many of us would’ve had the courage to drop out of an ivy league school to pursue a passion that may or may not lead to great things? He went with his gut and followed his passion which ultimately lead to unparalleled success.

Obsession
When we think of the word obsession, many of us attach a negative feeling to it. However, when obsession is used as a positive energy, great success can be achieved. In Bill’s case, his obsession with computers helped fuel his drive. All throughout high school, college, and even as founder of Microsoft, he was preoccupied with improving software development for both personal computing and business operations. Think about what it would feel like from a mental standpoint, to be constantly preoccupied 24/7 with the same thing. That was Bill Gates all day and every day.

Desire
The last and most important aspect of his mindset was his desire. Bill’s burning desire was to reinvent the wheel in personal computing and business operations. Some of you may be old enough to remember the way computers used to look like back in the day. Computers used to be big clunky machines, that only a select few knew how to operate. Bill’s vision was to develop software which would allow the average Joe to fully understand and use.

Human desire is described as the fundamental motivation behind all human action and nobody tapped into their desire and got the most out of this better than Bill Gates.

Many of us have dreams of becoming millionaires and having a positive impact on the world, however the vast majority of us don’t have the proper mindset to accomplish this.

Bill knew what his calling was at a young age. His love for computers started out as a passion and later became a desire which propelled his mindset to a whole other level. Think about how often you’re distracted at work or on your personal time at home. Does your mind wander from one thing to the next? Do all of your hobbies revolve around one thing? Bill’s entire life, focus, and purpose revolved around computers and software development and how he could improve them.

Bill’s mindset is why he’s one of the richest, most influential, and most innovative people in our modern history. Wouldn’t it be great to know that you could do anything you put your mind to? I’m willing to bet all of us could if we changed our mindset.

Remember, a person’s mindset is what separates the ordinary from the extraordinary.