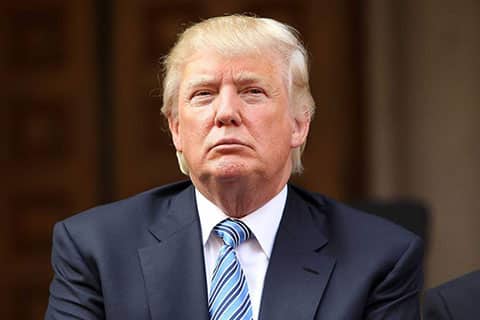 The Mindset Of Donald Trump

What’s not to love about Donald Trump? Well, depending on who you ask, you may get a long laundry list of things that are unlikable about Mr. Trump. I’m sure you can come up with several negative and positive adjectives to describe Donald. The one thing we can all agree on is that he’s one of the most successful business moguls of our modern history. Donald Trump is an accomplished real estate tycoon, best selling author of several books, successful clothing line owner and television personality success with the Celebrity Apprentice. Ask yourself, how is a billionaire at age 69, just as ambitious to stay on top and break new ground as ever before? Easy, it’s his mindset!

Donald Trump came from a wealthy family, but unlike many kids of rich parents, he wanted to create his own legacy. His dad was a millionaire real estate developer specializing in rental-housing market. Donald worked under his dad and learned a great deal about the real estate business. Donald eventually took over the Trump Organization and took the company to even greater heights. He wasn’t satisfied with just being a millionaire, because he felt he was destined for even greater success as a billionaire. His dad obviously did well in his market, however Donald wanted to tap into the upscale Manhattan real estate market. Upscale real estate was the big fish in Donald’s mind and he knew it was only a matter of time before he took it over and became a major force. While succeeding in real estate, he also wrote numerous best selling books. In 2004, his television show The Apprentice debuted and went on to become a ratings success. He also has a successful clothing line and to top it off, he is now running for president! As you can see, Donald Trump’s ambitious mindset has played a vital role in all of his successes throughout his life.

We all have an ego to some degree, but you will be hard pressed to find someone that loves the spotlight more than Donald Trump. To his credit, he managed to use his inflated ego as a driving force in his success. Nobody wants to be acknowledged more than Donald Trump. Take a look at everything he owns, such as his real estate buildings all the way down to his own clothing line. Everything he owns has his name on it and many will argue that it’s because he loves the recognition. He will also say outlandish things about anything and anyone to receive attention. He’s questioned President Obama’s citizenship, and engaged in public rivalries with the likes of Rosie O’donnell and fellow billionaire Mark Cuban over silly and trivial matters. He seeks out attention wherever he can get it, and at times he ends up looking foolish. An ego this huge would get people in trouble most of the time, however Donald has managed to use his ego to benefit him more than hurt him. The more successful he is, the more he can say “hey look at me”.

Trump’s competitive nature also plays a vital role in his mindset. Whether he’s competing against other real estate tycoons, other billionaires, and even presidential candidates, he’s always looking for a challenge. His dad groomed him to take over and expand the Trump Organization, but Trump had bigger dreams. He tackled the upscale real estate markets and developed real estate properties around the United States. He competed against other real estate tycoons and became a name to be reckoned with in real estate development. He views competition as a motivating factor and will do whatever it takes to beat you. His competitive fire is another reason why he’s as successful as he is, and why you can never count him out.

The number one factor in any successful person’s mindset, is their burning desire to succeed. Their refusal to quit. To never stop trying. Until they eventually succeed. Imagine how successful we all could be, if we had a burning desire to focus on being the best at just one thing. As mentioned earlier, Donald has success in various ventures and he will not stop competing until he’s physically unable to. The next endeavor on his long list is to become the president of the United States. He is making headway as a serious candidate according to the latest polls based on his personal fortune and his perceived independence from lobbyists. Trump lives, breathes, sleeps, and eats success! Once he has his mind set on something he feels in his heart of hearts that it’s only a matter of time before he succeeds.

Love him or hate him, Trump is an ultimate success story. Obviously, he has his education to fall back on, but that’s not why he’s a billionaire. Sure, it’s great to have such an education, but what sets Trump apart from most of us is his mindset! Many people are college educated with degrees from the best universities, but the vast majority have not seen the same amount of success as Donald Trump. The mindset of Donald Trump is his trump card. More valuable than education. It’s what SETS him apart. His MIND. Donald knows “the secret” as do his peers. “The secret” is simply the ability to take control of your own mind.

Once you learn how to control your mindset, the opportunities in your life will become endless and you too will enjoy continued success.